House of the Rising Rates 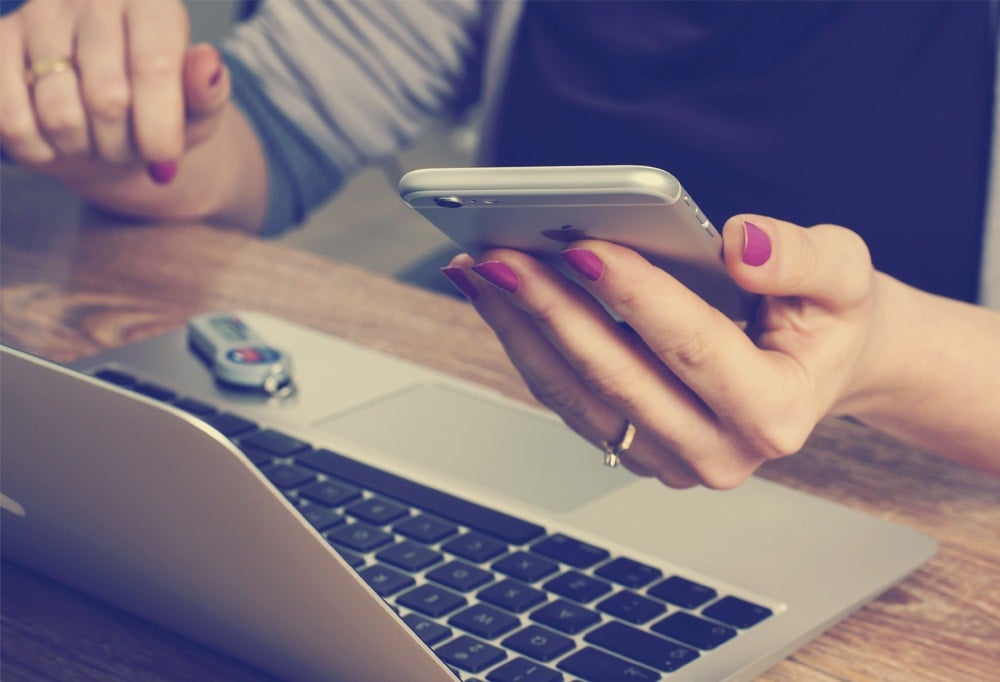 What inflation and rising interest rates mean for your mortgage.

You could define the last decade by a lot of things. The exact same superhero movie being released every six months, over and over again to the delight of audiences. The invasion of cyclists in tiny shorts into our coffee shops, breweries, and retinas. The digitalization of classic hardware like wristwatches, a product release that predictably prompted your dad to declare he’s “had a smartwatch for thirty years” while raising his Timex. And yes, from a financial perspective - low interest rates. Less sexy, more savings.

Canadians have had it good for a long time when it comes to interest rates. Sure, housing prices may be through the roof, but at the same time, interest rates have been hanging out in the basement like Eric, Fez, Jackie and Kelso. Watching TV and eating popcorn. Maybe prices and rates are…connected?

I’d like to speak to the manager.
You might be wondering who raises interest rates and why. The answer to the first part of that question is the Bank of Canada, which is responsible for setting monetary policies in this beautiful country. Why they would raise rates is a bit more complicated. But a glance at their website gives us a hint.

Hitting the high notes.
Right now, inflation is at historic highs. The Bank of Canada dropped its key rate to 0.25% during the pandemic and held rates there for nearly two years, all in an attempt to keep the economy buzzing during what the bank anticipated to be a hard time. Now, in an attempt to get inflation under control, and back between its target of 1 and 3 percent, the bank is raising rates. And relatively quickly, we should add. 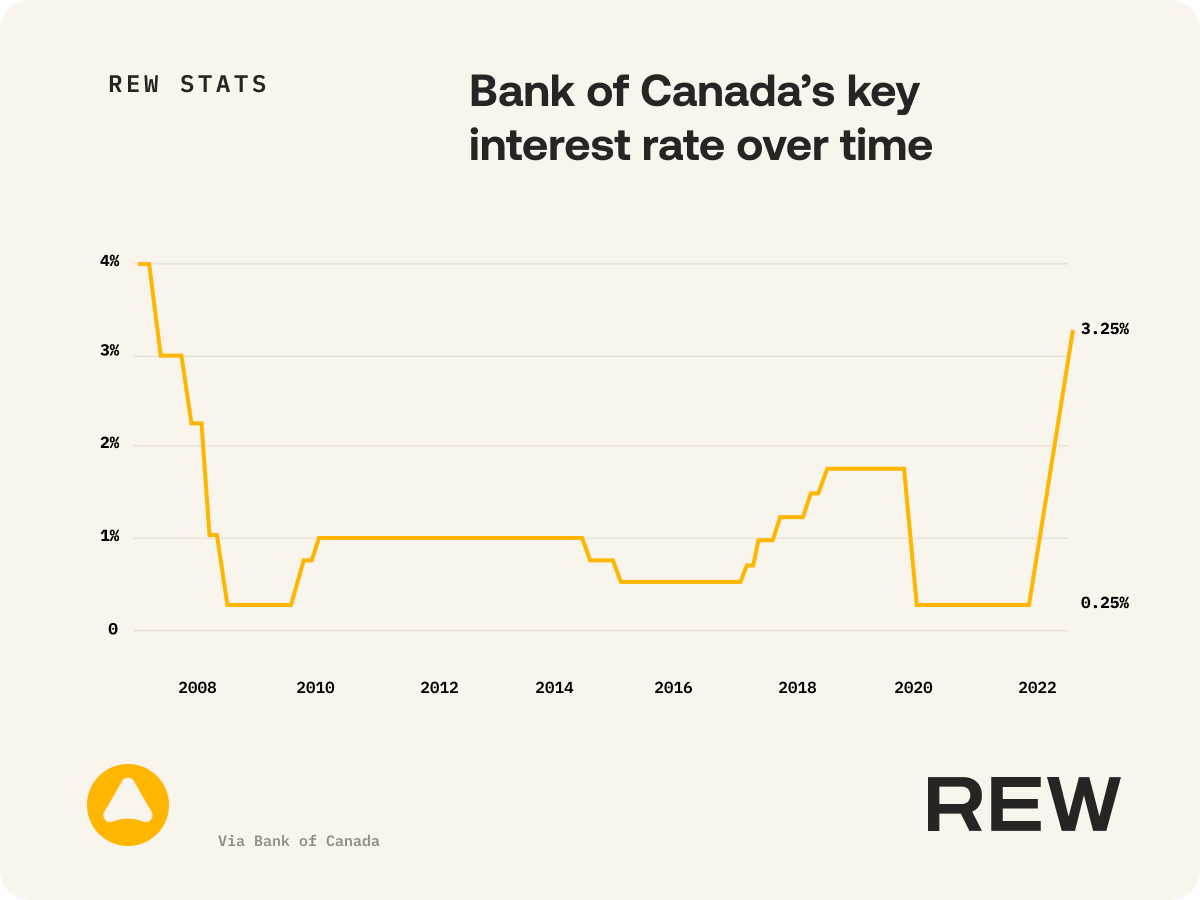 The idea here is that if rates rise and borrowing costs become more expensive, consumers will spend less and cool price hikes (inflation) across the country.

Driving the point home.
Interest rates directly affect mortgage rates, so it’s not a surprise that when rate hikes are anticipated or announced, people tend to immediately think of mortgages.

Higher rates mean that borrowing money is more expensive, whether you’re borrowing for car payments, student loans, or a mortgage. Applying for a new mortgage is going to cost you more when rates rise, or if you’re already in a variable-rate mortgage, more of your monthly payments will be heading towards paying off interest instead of principal.

If you’re in a fixed-rate mortgage when interest rates rise, your payments won’t change at all during the term of your mortgage. It’s only when your term expires that you’ll have to face the music. 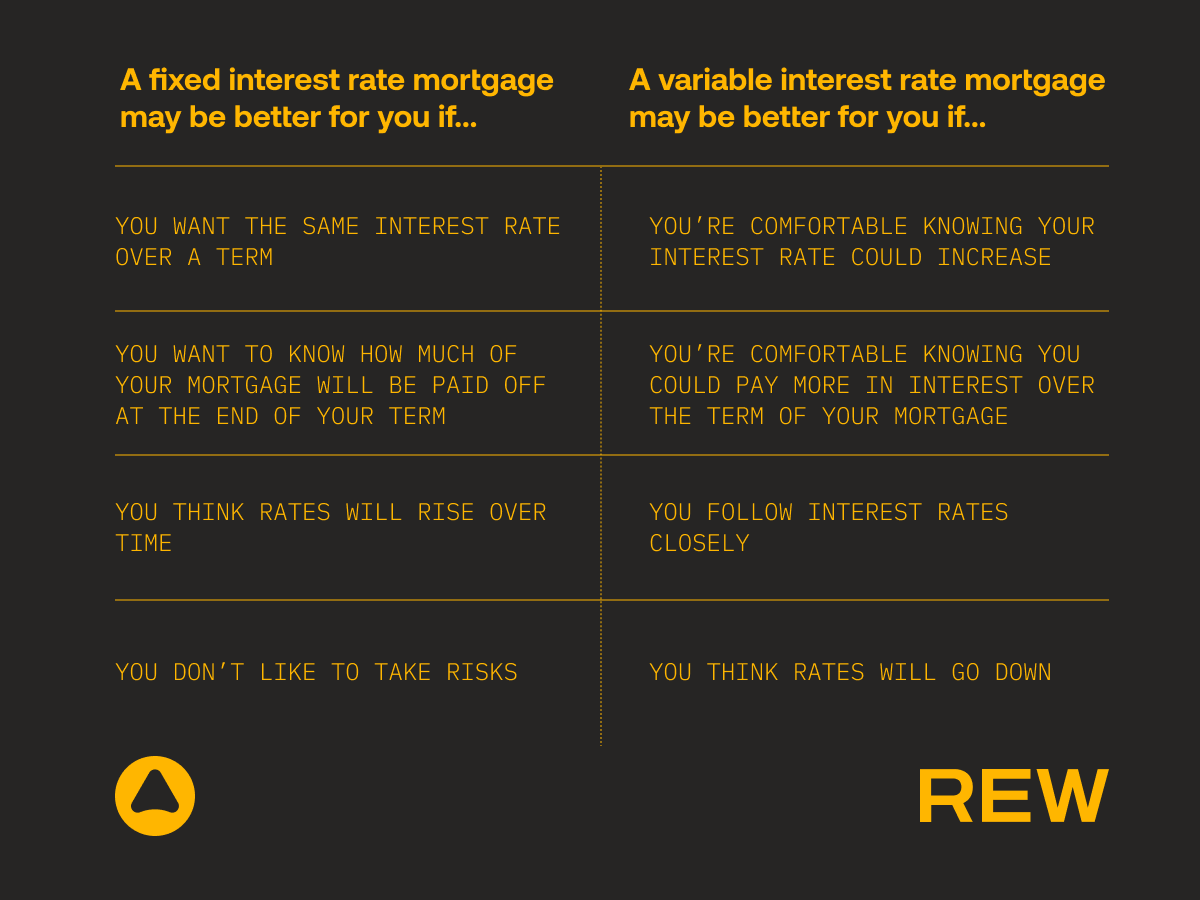 The truth is that both variable and fixed mortgages have their own advantages and disadvantages, and which is right for you depends on your investment style, risk tolerance, and your general outlook on the market. We can’t tell you what to do, but speaking with your REW.money Advisor is a great place to start.

Don’t panic.
It’s hard to predict what’s going to happen in the Canadian real estate market, which makes it the perfect time for bulls and bears to make extreme calls. RBC Assistant Chief Economist Robert Hogue says that resales will fall 23 percent this year and 15 percent next year, with the national benchmark home price falling 12 percent from its peak by the second quarter of 2023. This, just a few months after the Financial Post’s reporting on wealthy investors snapping up luxury condos at a rapid pace. Are things picking up, or slowing down?

No one knows where things are headed, but if we can give you one piece of advice, it’s this. Don’t panic. Home prices are falling, but likely not as much as they rose during the pandemic. Interest rates are rising, but it’s in the bank's best interest to not make life too uncomfortable for Canadians, to prevent a situation where Canadians can’t make their mortgage, credit card, or car payments.

What the future holds.
There are a few things you can do if you think rates are going to climb higher.

It’s easier said than done, but it must be noted that if you think rates are going up, paying down loans quickly is in your best interest.
Homeseekers should aim to get preapproved for a mortgage sooner rather than later, so they can lock in a rate for the next few months.
Educate yourself on variable vs. fixed-rate mortgages, and speak to an advisor to understand what a rate hike could do to a variable rate should you lock in today.
The main thing to understand when comparing fixed and variable rates is that switching to a fixed-rate mortgage can bring you stability since your rate is guaranteed not to change for the entire term of the mortgage. That said, it might not save you money in the long run. Variable rates are notably lower than fixed rates, and even with anticipated hikes, it’s hard to say whether variable rates will eventually jump higher than the current fixed rate offering.

Do your homework.
It’s all part of the adventure. Learn as much as you can about mortgages, terms, and rates to make an informed decision for you and your family. Finding a rate that brings down your monthly payments, even by a small amount, can add up to huge savings over the course of your mortgage. Take care of the pennies, and the pounds will take care of themselves.
Original article from rew.ca