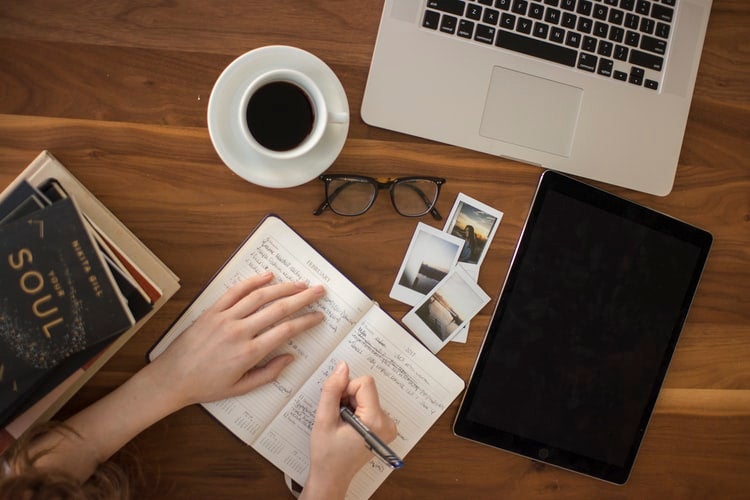 Should you go with a variable-rate mortgage or opt for the old reliable five-year fixed rate? How can you make sure your payments are predictable while also paying down your principal? Are static payments a good idea?

The questions around mortgages are overwhelming at the best of times for home buyers and refinancers, but especially now as the Bank of Canada has aggressively increased its benchmark interest rate to 2.5 per cent from 0.25 per cent over the past six months.

With most economists expecting another rate hike in September, the housing market is expected to cool further in 2022.
But even as many Canadian markets see substantial price drops from the peak in February 2022, higher rates are limiting how much mortgage the banks are offering to buyers.

Personal finance expert Rubina Ahmed-Haq told Global News’ The Morning Show this week that buyers waiting on the sidelines for further price drops need to plug higher rates into their calculations if they’re trying to time the market.

Here’s how to pick the right kind of mortgage and do your own calculations to make sure you’re prepared for rising rates when you sign for your new home, according to experts.
Variable or fixed mortgage?
One of the first choices when taking out a mortgage is whether it’s fixed — the same rate for the length of your term — or variable, which means it will rise and fall immediately in line with the Bank of Canada’s policy rate.
Fixed rates are tied to longer-term bond yields and have historically been the most popular option for Canadian mortgage holders.

But when the central bank dropped rates dramatically during the onset of the COVID-19 pandemic, many homebuyers opted for a variable rate mortgage because it was the lowest possible rate. Low rates made bigger mortgages more affordable, offering a path to homeownership for many and driving plenty of activity in the Canadian housing market over the past couple of years.

A majority of homebuyers or owners renewing their mortgage opted for variable in the second half of 2021, according to the Canada Mortgage and Housing Corp., but that trend has reversed as the days of rock-bottom interest rates have come to an end.

Fixed-rate mortgages made up 49 per cent of all home loans in May, according to the latest data from the Bank of Canada, up from 43 per cent in March — the lowest proportion since the central bank began tracking the data in 2013.

The best discounted five-year fixed rate is 4.24 per cent, Reuters said this week, while the variable rate is 3.5 per cent. That’s the narrowest gap since September, another factor driving more borrowers to the former.
James Laird, co-founder of mortgage rate comparison site Ratehub.ca said the trend has continued, estimating that fixed-rate mortgages accounted for more than half of all new home loans in July.

A fixed-rate mortgage insulates homebuyers against further rate hikes for the length of the term, but the risk of predictability is that those monthly payments also won’t drop if the Bank of Canada’s interest rate decreases, as they would with a variable mortgage.

“If (current economic conditions are) keeping you up at night, the best thing to do is get a fixed-rate mortgage and forget about it,” Laird told Reuters this week.
Static payments offer a mix of fixed and variable
Rising rates aren’t just a concern for homeowners — investors and real estate professionals who rely on the industry are also facing uncertainty.
Nick Hall, a mortgage agent in Toronto, has made use of a special variable rate loan with “static” payments in a few of his investment properties.

In these instances, the amount paid on a home loan each month doesn’t change even as the interest rate increases, so a homeowner ends up paying less of their principal mortgage amount and more of the interest.

Hall offers the hypothetical scenario of a $3,000 per month payment split half-and-half between the principal and the interest of the loan. As rates rise on a variable mortgage, a static payment is steady at $3,000, but only $1,000 of that amount might go to paying down the principal while the rest goes toward the higher interest.

The downside to this is that as central bank rates rise, more of your monthly payments are going towards just the interest of your loan rather than actually paying off your mortgage. That means it can take longer to pay off the mortgage — drawing out the “amortization period,” as it’s called.

But the investors Hall partners with like to see “certainty” on their balance sheets, he explains, so a fluctuating monthly payment is not ideal for their cash flow calculations.
Despite currently paying down less of his mortgage principal, Hall’s still a believer in the variable-rate model, trusting that, when rates go back down over time, it will deliver a better result than the safer fixed-rate play.

“Yes, this is not ideal, but this is also temporary,” he says. “Real estate is a long-term play. It’s not day trading, you’re not trading stocks.”

Running the numbers
Daniel Foch, a broker in Keswick, Ont., who co-hosts a real estate podcast with Hall, says that many Canadians who got into the housing market during the pandemic with low variable rates are probably getting a rude awakening as interest rates rise.

Even in his own case, two of his properties on variable rates are no longer cash-flow positive as rates have risen, he says.

He says a lack of education about mortgages in Canada could be part of the “financial stress” households are feeling as rates rise.

“I definitely think it could be a big part of the issue. I would say that financial education likely isn’t where it needs to be in Canada,” Foch says.

Before a new buyer locks in a variable mortgage rate, he recommends running a few different scenarios.

Foch says you should fold your anticipated maintenance costs, property taxes and other regular fees into your monthly mortgage payment under your proposed rate, but also see how that figure would change if rates went up to a “worst-case scenario” or if you opted for the best fixed rate on offer instead.

He also advises buyers to zoom out and take a look at the cost of the entire mortgage with the added interest rate on top to see how different scenarios would unfold over not just the next five years of your term, but also the full 25 years or however long you hold the mortgage.

Once you’ve done the side-by-side comparisons, you can determine whether that mortgage product fits your risk tolerance.

“You can start to understand whether or not it makes sense to buy with a certain type of interest rate, (or) whether or not maybe you should actually be waiting for prices to come down, which seems to be happening as a result of these rate hikes,” he says.
Original article from globalnews.ca