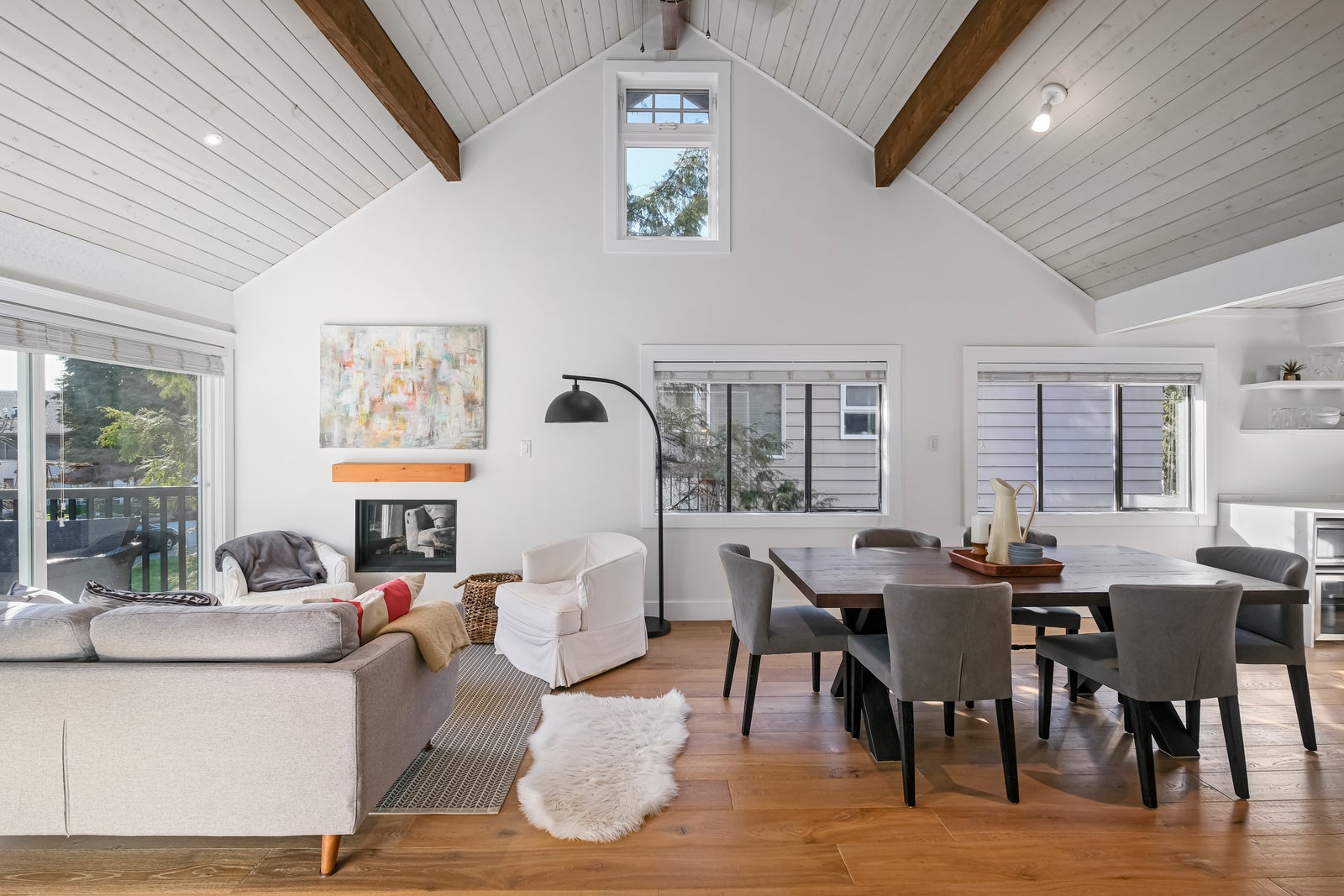 Selling a home can be stressful no matter the price bracket or the neighbourhood. Additionally, the pandemic has added more complications to the current housing market in America, even as the Federal Reserve made a concerted effort to limit the economic damage of the world shutting down for such a long period of time.

The average interest rates for a 30-year fixed mortgage jumped considerably in the past four months alone, rocketing to 5.37% in April 2022 from 3.1% in December of 2021.

The average cost to buy a home rose to nearly $400,000 from $320,250 according to the U.S Census Bureau, yet bidding wars between prospective buyers still seem unabated. With some predicting that inflation will become an even bigger factor for rising home costs, the stressors that surround home sales have reached fever pitch.

Whether you’re an everyday American with a modest cottage in a quaint little town or you’re Meryl Streep selling your four-bedroom, five-bathroom luxury townhouse in Tribeca, there are specific features home buyers are always looking for in property, no matter their tax bracket.

All features are divided into four categories based on how important they are to people searching for a home: must have, can have, occasionally, and never.

This dataset features a sample size of 10,000 people who browsed ZeroDown’s real estate search engine, and each feature is ranked by the percentage of respondents who listed the feature as a must-have. Respondents were allowed to choose multiple features when searching.
Features
In this dataset of the biggest must-haves, there is a diverse range: A few have to do with rooms in the home, some with the neighbourhood itself, and a couple have to deal with all the little—and not so little—ones a homeowner may be taking care of in their potential home.

Among the most popular must-haves are upgraded kitchens, which usually refer to those with modern appliances, flooring, and countertops, and enough space to dine at an eat-in kitchen counter or table.

While other rooms do not appear on the list, home buyers are indeed still looking for space from walk-in closets and bonus rooms—a room that is not a kitchen, bedroom, family room, hallway, or closet—inside their ideal abode.

The idyll of nature is also a big draw for home buyers, with scenic views, proximity to nature, and a quiet or walkable neighbourhood taking most of the other spots in the top 10.

Finally, accommodations for children and pets are at the forefront of many home buyers’ wish lists, with dog-friendly homes and proximity to great schools taking the final two spots.
#10. Walkable neighbourhood
- People who categorize feature as a must-have: 375 (3.8% of respondents)

Convenience for people who live in a walkable neighbourhood, or a residential area close to public transportation and amenities, is only one of the many positives that home buyers are looking for.

The average weight of someone who lives in a walkable neighbourhood is 6 to 10 pounds less than one who does not.

All that may pale in comparison to the wealth boost you could receive when selling a house in a walkable neighbourhood, since houses for sale near high-frequency public transportation perform about 24% better on the real estate market than in other areas, according to the American Public Transportation Association.

It’s no secret that humans are hard-wired to appreciate beauty, and it’s an evolutionary trait that helped everyone’s ancestors survive by looking at the attractive qualities of a fresh apple rather than one past its expiration, for example.

Additionally, the mind also loves the beauty of nature, according to a Journal of Environmental Psychology study, which found even staring at an image of nature is enough to put the brain into a more relaxed state. This might be why beautiful views are so popular when looking for a home, and values skyrocket when a picture window belies scenery worthy of an art gallery.

The result of one such study of valuation models that analyzed sales data in Seattle found that homes with an unobstructed view of a body of water increased its value by 30% to 50% when compared to the same type of home without a view at all.

#8. Quiet neighbourhood
- People who categorize feature as a must-have: 659 (6.6% of respondents)

Even buyers looking for the hippest neighbourhood near the trendiest bars and nightclubs still need peace and quiet when they close their eyes to sleep at night.

Living in an area with noise pollution has been known to cause high blood pressure, stress, and hearing loss, which is why so many folks consider a quiet neighbourhood a big selling point when looking for a place to live.

When it comes to selling a home, the noise that is part of your neighbourhood may not only affect your home’s value, but also it may mean the difference between a sale, or none at all.

Whether it’s a den, over-garage room, basement, or something else, a bonus room is extra space that could equal extra money for sellers when listing their homes. Occasionally these rooms might have an awkward layout or quirks like no windows or low ceilings, but they add additional square footage to your home.

Since homes in many states don’t have basements and more houses are being built without them, people are getting creative with these types of spaces, transforming them into a reading nook, craft room, home gym, and more.
#6. Near greenery
- People who categorize feature as a must-have: 913 (9.1% of respondents)

People are thinking about their psychological and physical health more than ever, which is why proximity to green spaces may be so popular when looking for a new home.

A 2019 study of 20,000 folks by the European Centre for Environment & Human Health found that people who spend at least two hours a week in natural spaces like parks, forests or other outdoor environments were more likely to report better physical and psychological health than those who didn’t.

Also, homeowners near greenery may also have healthier wallets too—home values increase by 3% to 15% if they simply have a large tree in their yards.

They say a dollar goes a long way, and research has found that’s true when it’s spent on education. For every dollar spent on public schools in a community, home values around that institution increased by $20, the National Bureau of Economic Research found.

Further, according to 2020 data by Statista, about 40% of homeowners had children under 18 in America, which is why great schools are so important for so many home buyers.

In 18th century Colonial Williamsburg, historical records indicate that Martha Jefferson, first lady of the United States at the time, considered owning 16 gowns as “too much clothing.” In stark contrast, in many modern fashionistas’ minds, the limit does not exist.

For everyone else, a survey found that the average American woman has about 103 items in her closet. This may indicate the need for more space in a closet, which in older homes tend to be rather small by modern standards.

Installing a walk-in closet with enough space for every tie, blouse, suit, and stiletto increases the return on investment as well, adding about $2,000 to a home’s value compared to homes without one.

Around 70% of all households in the United States have a pet, and while cats, chinchillas, hamsters, iguanas, and ferrets make up some of that percentage, dogs are by far the most popular pet.

A staggering 69 million households in the country own at least one dog, and each and every one of those little good boys and good girls need an amenable space to run around.

With dog-friendly homes quite popular, it’s no wonder that condos and co-ops that are classified as dog-friendly had higher asking prices in a survey of Manhattan real estate.

The two most popular must-have features are within what many call the heart of the home: the kitchen.

Aside from the room being one of the most heavily frequented and functional spaces—it’s where everyone in the family goes to grab a cold drink, cook a meal or hunt for a late-night snack.

A study in the International Journal of Humanities and Social Science confirmed the therapeutic qualities of cooking as a hobby, including its ability to improve well-being and satisfaction with life as a whole. This might be why the most searched-for features include an upgraded kitchen.

In addition to aspirational culinary prowess, celebrity chefs like Alex Guarnaschelli and The Pioneer Woman regularly broadcast serving their masterpieces atop kitchen islands within their well-appointed kitchens.

Eat-in kitchens, which contain seated space to eat and are separate from a dining room, allow buyers to include kitchen islands, barstools, or a stand-alone kitchen table. Eat-in kitchens may have risen in popularity due to the cooking boom during the pandemic.

In fact, 7 in 10 consumers say they’ll continue to cook at home once the pandemic has ended.
Original article from nsnews.com